The General Purposes committee received a letter from the secretary of the Krugersdorp Golf Club asking the council to receive a deputation from the club with reference to certain improvements which they intended to make to the golf course and also with the view of inducing the council to make a grant of money to the club to cover the cost of carrying out such work, and arrangements were accordingly made for the deputation to be received by the Council at their meeting on 24 June 1913.

The deputation, consisting of Dr. Courikan, Dr. Butt, Messrs. Stiebel, Elliot and Heuton and the Council, and laid before the meeting the certain plans for the improvement of the Golf course which was proposed to be carried out. It was stated that the club was in existence for 13 years and had asked for practically no assistance previously and had recently expected the sum of 300 pounds for the erection of the club house, etc., and to enable them to carry out the proposed improvements to the course it was stated that 250 pounds would be required and this sum they asked the Council to grant them. 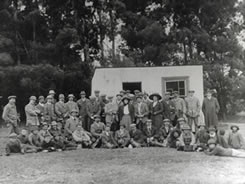 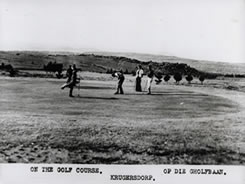